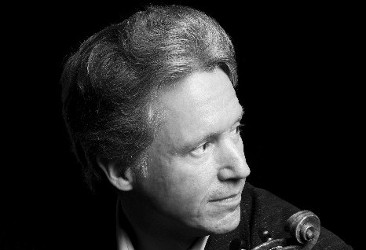 After studying on a scholarship at the Royal Academy of Music Gregory won several (UK) scholarships to study in the USA with Joseph Gingold and Shmuel Ashkenasi, then appeared as soloist in concerti and recitals on three continents.

Touring and recording one season with the Academy of St. Martin-in-the-Fields small chamber ensemble Gregory subsequently became the founding 1st violinist of the world famous Vanbrugh Quartet- winners of the London International String Quartet Competition- and went on to record more than 30 CDs on several internationally recognized labels giving well over 2000 concerts plus radio and TV broadcasts worldwide. The Vanbrugh Quartet held a performing residency with RTE for 27 years, won a National entertainment award, the NCH Lifetime Achievement Award and since 1990 were UCC artists in residence.

For 10 years Gregory served on the board of directors of West Cork Music, was founder and a director of the Vanbrugh Quartet Scholarship Fund, and with his colleagues initiated the National String Quartet Foundation. He has given master classes in Europe, USA and the Far East. A part time member of staff at the CSM since 1998, Gregory is now a full-time teacher.