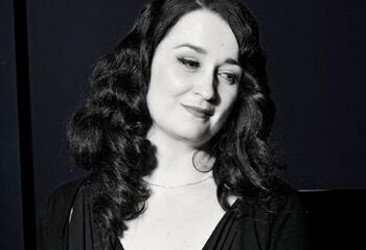 She has recorded for Universal, Decca, Verve, Geffen, Proper, Lost Highway and Rhino Records, appearing on over one hundred television shows as a vocalist and vocal arranger for BBC, PBS, UTV and RTE.
Áine’s first solo album and songwriting debut
‘Between The Moon and Mercury’ earned her
a nomination for Tatler Magazine’s ‘Woman of The Year’ award. She also appeared in the Canadian Film
Bloomsday Cabaret which premiered at The Cannes Film Festival.

Before lecturing on the BA in Popular Music at CIT Cork School of Music, Áine was vocal teacher and performance coach on the Music, Management and Sound course at Coláiste Stíofáin Naofa from 2005 until 2012. She was also musical director and voice coach at Kinsale College of Further Education for their productions of Annie Get Your Gun (2010), Hair (2011) and Chicago (2012)