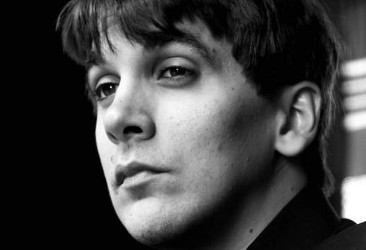 Cypriot pianist ANDREAS IOANNIDES seeks to share his passion for great music and music-making through a multifaceted career dedicated to performance, interpretation, and teaching of the piano.

He has made concert appearances throughout Europe, Asia, North and South America; some highlights include performances at Boston Symphony Hall, the Kennedy Center in Washington, D.C., the Hamburg Konzerthaus, the Seoul Arts Center, the Temppeliaukio Kirkko in Helsinki and the Municipal Theater of Rio de Janeiro. As soloist he has performed under such maestros as Neil Varon, David Effron, Paul Nadler and Roberto Tibiriçá. A devoted chamber musician, he has collaborated with esteemed artists including Joseph Swensen, Atar Arad, Peter Stumpf, the Fry Street Quartet, and composer PQ Phan.

Andreas has received enthusiastic reviews by the Boston Globe and his performances have been broadcast on television and radio across three continents. Having been a prize winner in the BNDES International Piano Competition in Rio de Janeiro and the Hastings International Piano Competition in the UK, he recently turned his attention to recording projects, including a 2-disc album released by NAXOS in 2020 in honor of the 250th anniversary of Beethoven’s birth.

Andreas has served as Lecturer of Piano at Indiana State University and is currently Assistant Lecturer of Piano at Munster Technological University in Cork, Ireland. He is also the founder and Artistic Director of ChamberFest Brown County, a chamber music festival in rural Indiana that promotes community enrichment and education through classical music performance of the highest caliber.