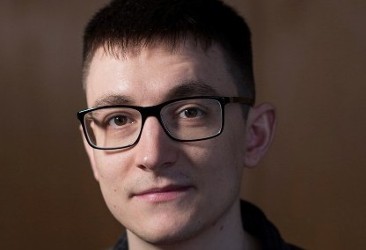 Andy Ingamells is composer-performer of experimental music. His work is rooted in traditional elements of music making and classical concert conventions but implemented in a different way. Traditional elements such as score-reading, performance and improvisation often do not give way to recognisably musical material. His is a musical practice that does not privilege the sounding result but sees it as one amongst many different and equal possibilities.

His work has been performed in the National Portrait Gallery, the Handel & Hendrix House Museum and Café Oto in London, the Orgelpark and Muziekgebouw in Amsterdam, the Lapidarium of Kings in Copenhagen, Walled City Festival in Derry, Birmingham International Dance Festival, and Cheltenham Music Festival. Ensembles that have played his work include Apartment House, Orkest de Ereprijs, House of Bedlam, Bastard Assignments, The Hermes Experiment, soundinitiative, Kirkos, BLOCK4, Ensemble x.y and Mocrep. Since 2018 he has performed in Private Hire, a duo with flautist Kathryn Williams. In 2019 he formed a collaborative partnership with composer Seán Clancy.

Andy is a graduate of the Master Artistic Research programme at the Royal Academy of Art in The Hague. In 2017 he completed a PhD at Royal Birmingham Conservatoire in the UK supported by the AHRC Midlands3Cities Doctoral Training Partnership.