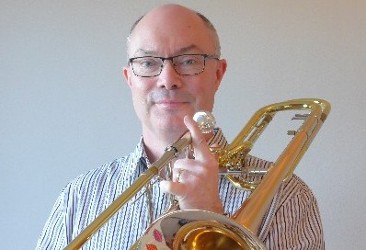 Lecturer in Trombone, Euphonium and Tuba

Antony graduated from the Royal College of Music, London, with a first class honours degree, gaining the prize for the highest degree of his year, having studied with Chris Mowat, Dudley Bright and Peter Bassano.  His orchestral training included four entire seasons with the National and European Youth Orchestras, tutored by Peter Gane. He then embarked on a freelance career, performing with orchestras such as the London Philharmonic and the Philharmonia.  Antony also specialised in authentic performances on period instruments, touring extensively with the English Baroque Soloists and the Gabrielli Consort.  Since moving to Ireland he has performed with Cork Symphony Orchestra, Cork Pops Orchestra, RTE National Symphony Orchestra and RTE Concert Orchestra.

Antony doubles on euphonium and bass trumpet following studies with David Purser at the RCM.