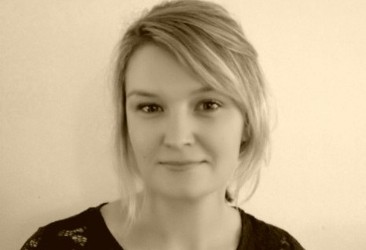 Caitríona Johnston is a musician and music educator based in Cork. Since graduating from the CIT Cork School of Music with an Honours Bachelor of Music in 2007, her lively and varied career has involved orchestral and ensemble playing, along with individual violin tuition, group instrumental teaching, and classes in music theory and musicianship at a wide range of levels. After earning an MA in Music and Cultural History from University College Cork, in 2009 her commitment to teaching inspired her to work towards a Postgraduate Diploma in Education in University College Cork. She has taught widely since then and gained a wealth of experience, from the second-level music classroom to individual instrumental tuition.

As a performer, Caitríona plays regularly with the Cork Concert Orchestra, the East Cork Orchestra and with the Scherzo String Quartet. She featured in the Edinburgh festival quite early in her career, performing as a soloist with the Emerald Isle Irish Dance Team in the 2001 Military Tattoo in Edinburgh Castle. She later performed widely in Cork and beyond with the Cork School of Music Symphony Orchestra, and various other musical ensembles, including the Celtic Kings, for their live recorded performance from the Tinteán Theatre in Ballybunion in 2009; Cork Operatic Society in their 2010 production of Sweeney Todd at the Everyman Theatre; as well as with Killarney Musical Society's 2011 production of My Fair Lady at the Irish National Entertainment Centre. Highlights of her career so far would have to include performing alongside renowned soloists Nigel Kennedy and Nicola Benedetti as a member of the Fleischmann Symphony Orchestra.

Caitríona joined the staff of the CIT Cork School of Music in 2013, initially as a lecturer in the Musicianship Department and later joining the Department of Orchestral Studies as Assistant Lecturer of Violin. Caitríona is also qualified with the European Suzuki Association, and continues her pedagogical professional development to the present day.