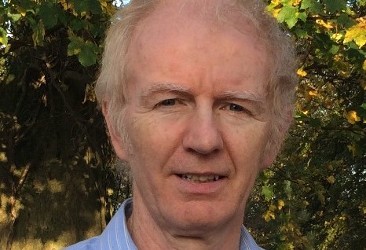 Carbry is a lecturer of trumpet and guitar at the CITCSM.

He has had a long and distinguished career as a teacher, performer, conductor, examiner and mentor.

Recently, Carbry successfully completed courses in Creative Music Training, at the Guildhall School of Music and Drama, London, and in Brass Pedagogy, at the Royal Conservatoire of Scotland.

He was a founder member and performer in La Spiritata, and Musical Director of the award winning Harmonia and Melodia Brass Ensembles.

A versatile musician, Carbry's musical style ranges from Baroque to Rock! He has performed extensively in the U.K., France, Spain and New York. He has broadcast on T.V. and Radio.

As a teenager, he was a member of a very successful family band. He is also a respected Jazz musician and plays Double Bass, Acoustic and Bass guitars.

In addition to the CSM, he has taught in Counties Waterford and Kerry.

He studied trumpet at CSM, with Frank Lacey, William McCarthy and subsequently with Joszef Csibi.

He studied piano with Clare Mullan. He graduated with an honours B.Mus. Degree from U.C.C., where he was tutored by the late Aloys Fleischmann.

Carbry played in and guest conducted St. Nicholas' Brass Band. He conducted the C.S.M. Junior Concert Band for a number of years.

Carbry has worked in the capacity of External Examiner for the Royal Irish Academy of Music and Co. Cork School of Music.