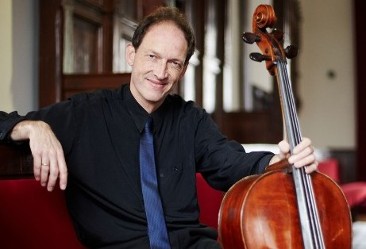 In 1985 he joined the Vanbrugh Quartet and the following year the Vanbrugh won the position of Resident Quartet to RTÉ, based in Cork. Two years later the quartet won the London International String Quartet Competition and an international career quickly followed, taking in more than 2000 concerts throughout Europe, Asia and the Americas.  Over the past 30 years the quartet has collaborated with many of the world’s great artists and has enjoyed invitations to leading festivals and concert venues. The Vanbrugh Quartet has released thirty CDs encompassing a wide range of repertoire, from the complete Beethoven quartets to many recordings of contemporary Irish quartets.

Christopher also performs regularly as soloist and in other chamber music groups. He will record his first solo CD in Moscow in 2017. He founded the West Cork Chamber Music Festival with Francis Humphrys in 1996 and remains director of the string quartet masterclass programme. He teaches cello and chamber music at CIT Cork School of Music and at the Royal Irish Academy of Music.