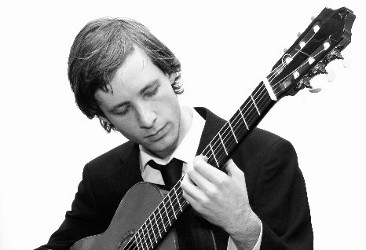 David Keating is a graduate of the Royal Northern College of Music, Manchester, where he studied

with the acclaimed guitarist Craig Ogden, and was awarded a First Class Honours MMus Degree

David performs extensively around Ireland and the UK, both as a soloist and a chamber musician.

2015/2016 has seen him perform Concertos with the London based Angel Orchestra, a

As a chamber musician, he currently plays with the Irish Guitar Quartet, Fandango Guitar Duo, and

recently toured with the Irish Tenor Finbar Wright. Concert Dates for 2017 include Rodrigo’s

Concierto de Aranjuez (with Sheffield Symphony Orchestra), and the Irish Guitar Quartet at the