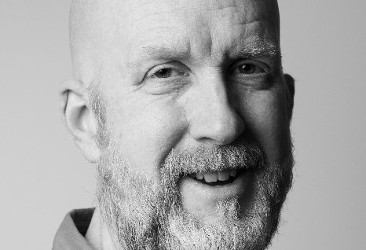 Dr. Derek Cremin is a freelance keyboard player, arranger and lecturer in music. He received his B.Mus (1996) an M.Phil in Music (1999) and his PhD. in Music (2007) in UCC for which he received the Government of Ireland scholarship in social sciences and humanities (IRCHSS). He has worked as a lecturer in the UCC School of Music from 1997 -2016 as well as external examiner for several institutions.

Derek plays in a variety of ensembles from jazz to rock, classical, and traditional Irish. He was pianist with the CSM Jazz Big Band for several years, which included tours of England and France and accompanied such jazz greats as Bobby Shew, Bob Wilber and Kenny Davern. Derek is also a regular participant at the Guinness jazz festival and has also played with Irish stars Louis Stewart, Michael Buckley and Honor Heffernan in addition to Gerard Presencer & Jamie Olers.

He is frequently in demand as musical director ranging from pantomimes to national tours of shows such as The King and I and The Blues Brothers Revival, Strictly The Rat Pack & Fame the Musical as well as working on TV's The Voice of Ireland for five seasons. Derek can be seen on a regular basis in Dublin and beyond playing with artists such as Paul Byrom, Tommy Fleming, The Vard Sisters, RTE Concert Orchestra, Shaun Davey, Maurice Lennon, Rebecca Storm, The Three Irish Tenors, Lorna Luft, Niamh Kavanagh, Johnny Logan, Colm Wilkinson and many more. Derek has also played keyboards on the Meteor nominated album from We Cut Corners, "Today I Realised I Could Go Home Backwards”.

He is also the pianist with the Cross Border Orchestra of Ireland who have performed in such venues as Carnigie Hall and the Royal Albert Hall as well as yearly nationwide tours of Ireland and Europe.

His teaching interests include the internet as a research tool for musicology, jazz/pop performance, Hammond organ, music technology, music theory and aural training.