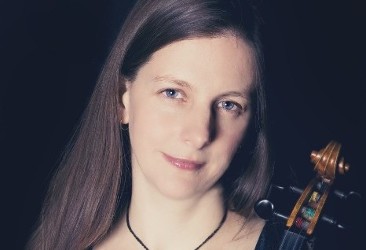 Having trained and worked as a Music Therapist (Nordoff-Robbins) and Community Music facilitator (CM Sounds) in London, Edel now lectures in these subjects at CITCSM. Within this context she has developed collaborative projects with a range of organisations such as the Cope Foundation and Enable Ireland. Also a Musicianship Lecturer, Edel has completed additional training in both the Kodály and Dalcroze Methods. She has presented papers at a range of conferences including SMEI (Society for Music Education in Ireland) and Arts and Health (Irish Arts Council).

As a violinist/fiddler, Edel has performed and recorded widely in a range of styles from classical through to rock and folk, undertaking a stint with “Lord of Dance” and completing an M.A. in Traditional Fiddle Performance. Released to critical acclaim, her debut solo album, “In Time Of”,  featuring her own compositions, was described in the press as “Spellbinding” (Irish Times) and “…a rarity to be championed.” (Irish Echo, N.Y.)