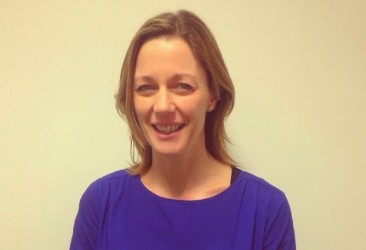 Hilda began her study of music and drama at the Cork School of Music with Cornelia Zanidache (Violin) Constantin Zanidache (Viola & Chamber Music), Maureen Prendergast ( Drama), and Maeve Coughlan (Voice). She studied Viola at the Guildhall School of Music and Drama, London with Paul Silverthorne and Andre Vitjkovich, and continued her post graduate studies in Drama at University College Cork. While in London, she developed a special interest in the postgraduate study of community arts and leadership, experiencing the transformative power of the arts in diverse community settings.

Returning to Cork, she began teaching Violin, Viola and Drama at the CIT Cork School of Music, and performed with many Orchestras as a freelance Violist including the National Symphony Orchestra, National Chamber Orchestra, and toured extensively with Opera Theatre Company. She also held the role of Education Officer with the National Chamber Choir, working on the facilitation of Children’s Opera in Cork for a number of years. Hilda has facilitated many arts workshops throughout Ireland, including The Ark Children’s centre Dublin, collaborations with Music Network Ireland and the National Chamber Orchestra, Suzuki Education Institute of Ireland, and many primary and post-primary schools. She has also held the role of examiner, and adjudicator  in both Viola and Musical Theatre. Hilda worked as a secondary school teacher at Glanmire Community College, Cork, where she directed the musical Jesus Christ Superstar, and enjoyed many years with Carrignavar Amateur Drama Society where she directed The Whip Hand. She also spent many years as a peripatetic music teacher with children with learning difficulties. She continues to perform regularly as a violinist, violist and backing vocalist with many freelance orchestras, chamber ensembles and artists such as Finbar Wright and Josh Ritter.

Hilda was a core member of the team who designed the Batchelor of Arts degree in Theatre and Drama studies at CIT CSM, and, along with Viola and Violin, she now lectures in Physical Theatre (Theatre Lab), specialising in the work of Jacques Lecoq, and psychophysical work of Phillip Zarrilli and Eugenio Barba, she also lectures in Drama Performance Preparation, Musical Theatre and Community Theatre, involving collaborations with such steadfast Theatre companies as Graffiti Theatre Company, and the Cork Community Art Link. Her Continuing Professional Development studies have taken her to the Jacques Lecoq School of Physical Theatre, Paris, which continues to greatly inspire her work.