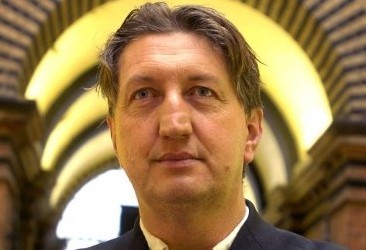 Johnny Hanrahan is a playwright, director and producer who is best known for his work over two decades as artistic director of Meridian Theatre Company, which specialised in new plays and adaptations, frequently involving musical elements. Shows created by Johnny in this context include Craving, Madam T, Volpone, Castle Rackrent, Crystal, The Mistress of Silence, Mind That,  Croon,The Overcoat, many of which were nominated for theatre awards.

His productions have toured festivals and venues all over Ireland and in many areas of Britain as well as Berlin, San Francisco and London.

Johnny currently directs Jabberwocky Children's theatre company and The Ancient League of Storytellers, both of which he created. He also edits NB, an online journal of ideas.

Johnny was chair of Theatre Forum for several years, developed the original concept for the National Sculpture Factory and for Cork Arts Development Committee and has served on numerous boards including those of Cork Opera House, Cork 2005 and Graffiti Theatre Company.

His principal interests are the creation of new work and all forms of collaborative practice.