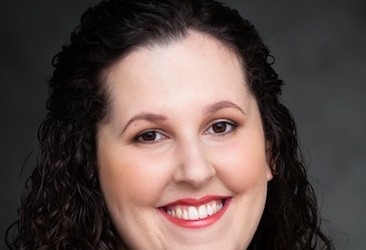 Irish soprano, Kelley Petcu (nee Lonergan), described by The Irish Times as "a natural” is a recipient of several awards, including the esteemed RDS Music Bursary, which is the largest bursary on offer to young musicians in Ireland. She is also a multiple prizewinner at Feis Ceoil, Dublin, prizes include the John McCormack Bursary, the Mrs. P.J Geoghegan Memorial Cup and the Gervase Elwes Cup for best overall singer of the competition.

As a soloist Kelley has sung with the RTÉ National Symphony Orchestra which was broadcast live on Lyric FM from the National Concert Hall. She has taken part in the Cork Operatic Societies concert series, singing the roles of Barbarina in La nozze di Figaro and Second Lady in Die Zauberflote. She also played leading roles in a trilogy of site-specific operas, written by composer Tom Lane and presented by the Cork Opera House, two of which were nominated for an Irish Times Theatre Award for Best Opera, Front of House (2017) and The Stalls (2019).

She has sung in the chorus of Ireland’s leading opera companies and festivals, including Wexford Festival Opera, Opera Theatre Company and most recently Irish National Opera’s production of Aida in the Bord Gais Energy Theatre. She also has a passion for chamber music and has sung in the Ortús Chamber Music Festival, Junction Festival and Westport Chamber Music Festival.

Kelley is passionate about vocal education, She graduated from the CIT Cork School of Music with a first class honours both in her BMus majoring in piano and MA majoring in piano accompaniment and voice. While on Erasmus, Kelley studied singing at the Conservatorio di Verona, in Italy. She then continued her vocal studies at the DIT Conservatory of Music and Drama and while living in Dublin, took part in Opera Theatre Company's Young Associate Artist programme. After this, she travelled to London for lessons to continue her vocal study. She has enjoyed teaching for over 10 years at studios in Dublin and Cork such as Voiceworks studio, Montforts College of Performing Arts and Centre Stage. She is also very interested in continued professional development and has taken part in training courses run by Janice Chapman in Guildhall, London and conferences such as Vocology in Practise. Kelley is currently lecturing full-time on the new BA in Musical Theatre and BA in Popular music degrees at CIT Cork School of Music.