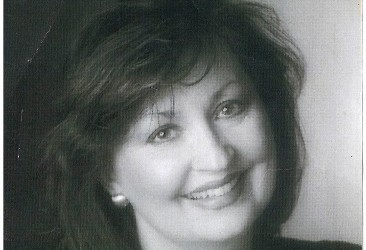 Mary MacSweeney MA is a fulltime Voice Lecturer and Director of the Opera Platform Ensemble in CITCSM . Previously she was Voice Lecturer at the Hochschule Fuer Musik und Theater in Munich.

Her concert repertoire includes the great works of Bach, Handel, Haydn ,Mozart, Schubert, Brahms, Kodaly, Poulenc, Stravinsky and others. She has sung the main roles of her Lyric Soprano Fach including

Laetitia… The old Maid and the Thief… Menotte

Mary MacSweeney always had a passion for the pedagogy of singing. In fact teaching itself flows through her veins. She studied and researched with the greatest of teachers such as Walther Gruner, Vera Rozsa, Veronica Dunne, Eva Ambrosius, Gladys Kuchta and Anna Reynolds. She herself has established an international reputation of excellence as a Voice Coach, Singing Teacher, Mentor of young singers, Musician and Ensemble Director.

While working in the Hochschule fur Musik und Theater in Munich, she created her own Methodology of Voice Training called Voicenergetics. This method incorporates the traditions of the Italien Bel Canto, the German School of Martiensen Lohman and aspects of physical and breathing training from the Bioenergetic and Yoga. Mary has a Yoga Diploma qualification from the 3H Organisation in Hamburg. She also spent many years training in the Bioenergetic [DOK] with Dr Phil Elizabeth Schneider Henn [Munich ] Dr Thomas Ehrensberger [Basel] and Dr R Frank [ Salzburg].

This work combined with Mary’s vast experience as an opera singer feeds into her Voice Classes, Vocal Support Class [Movement,breathing, language, sing-gym] and into her Opera Platform Ensemble. In this Platform, singers are introduced to singing opera through ensemble singing and supporting roles. Later in their development, they are cast in leading roles for the numerous concerts performed by this ensemble. This Platform is a creatively exciting and inspiring place of learning, growth, exploration, camaraderie and fun. It is an ideal ground to prepare young singers for the demands of professional life, auditions and careers in the Operatic World.