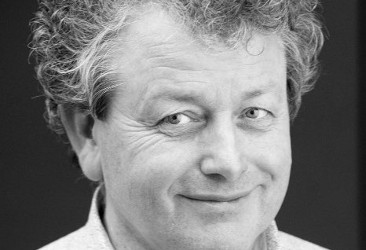 Dr. Peadar Donohoe is a part-time lecturer and the drama coach for the CIT Cork School of Music Youth Theatre.  He has directed well-received productions for the school including Cork’s World Theatre (co-production with UCC, The German, Austrian and Swiss Governments), Suicide Notes (in collaboration with Cork Mental Health Foundation and The Samaritans) and September 2001 (with the participation of Alliance Francaise).

Peadar’s students have gone on to have prestigious careers in theatre, movies, TV and other media.  He has directed and created plays for his students that have received rave reviews and helped to launch their careers.  Chief among them are Marat/Sade, Sex, Drugs and Rock and Roll and Suicide Notes.  Peadar always seeks to inspire his students to so that they can give passionate and riveting performances.  As he often says to his students:  “It’s life or death for your character, you need to bring yourself to the part and make us believe it”.

Peadar was born in Westmeath and has gone onto to train at the University of Massachusetts and the Herbert Berghof Studios in New York City where he was lucky to be one of the last students admitted to train under Mr. Berghof himself.  He has a love of theatre which has seen him receive rave reviews and awards for his acting in plays such as A Perfect Ganesh, Long Day’s Journey Into Night and Waiting for Lefty amongst others.  Lately, he has applied his creative talents to teaching, directing, producing, writing and the educational uses of drama.

Peadar has been highly interested in the transformative uses of Applied Drama.  With both his Master’s in Education and his Doctorate he has investigated the uses of Drama and Role-play to create awareness about and to prevent bullying.  He has been highly successful in this regard where his research has proven that role-play can be used to reduce bullying by more than 50%.  His doctorate study was the first of its kind to use quantitative measures alongside qualitative to prove that role-play can be a highly effective anti-bullying resource.

Peadar is also Artistic Director of Cyclone Rep which is Ireland’s most successful Theatre-in-Education company.  Cyclone Rep tours around the country bringing Shakespeare’s plays (King Lear, Hamlet, Macbeth, Romeo and Juliet, Merchant of Venice, etc.)  to tens of thousands of students every year.  His is proud that his adaptations of Shakespeare’s classics have inspired in young audiences a love and understanding of Shakespeare and desire to see more theatre.  Cyclone Rep has been supported by the Arts Council and Everyman amongst others with the Heath Service Executive (HSE) supporting The Bullying Prevention Sessions.  Currently, the HSE has commissioned Peadar to write and direct Billy’s Choice – a play about the effects of and influences on teenage drinking.

With regards to writing Peadar has written numerous works for the stage including the aforementioned Bullying Prevention Session (primary and secondary versions), Letter from Iraq, Julius Caesar Northern Ireland and Suicide Notes

Peadar has also published numerous research articles some of which can be  downloaded from ResearchGate.  To view, please follow this link: