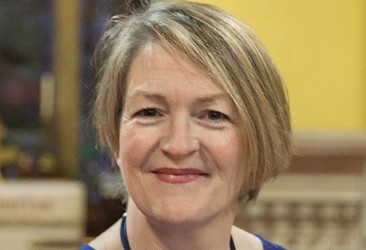 Róisín Maher studied music and French at UCC, and opera analysis and criticism at the University of Leeds, where she wrote her masters dissertation on Franz Schreker’s opera Die Gezeichneten (1918).  After graduating, she spent two and a half years in Sierra Leone, West Africa, lecturing at a teacher-training college with Voluntary Services Overseas, for whom she did consultancy work in London on her return.   She taught music history on the BMusEd course at Trinity College Dublin while pursuing doctoral studies there, as well as at the National College of Ireland and Mary Immaculate College, Limerick.  She has been lecturing at CIT Cork School of Music since 2004 where, in addition to a second-year music history survey module, she teaches courses on Women in Music, Opera Studies, and 20th and 21st Century Music, all of which are research interests of hers.

In a parallel career in arts administration for over 25 years, she has worked in a variety of posts from Marketing Assistant to Director with organisations including Universal Edition Music Publishers (London), Opera North (Leeds), Opera Theatre Company, the Contemporary Music Centre, Crash Ensemble, East Cork Early Music Festival and the Irish Association of Youth Orchestras.  In 2000, she organised a five-day festival in Dublin celebrating the music of composer Gerald Barry for RTÉ Lyric fm.  In 2017, she founded and now curates the concert series of music by women composers, Finding a Voice, for South Tipperary Arts Centre, the first of which took place in Clonmel from 8th to 10th March 2018, thanks to a Music Project Award from the Arts Council.

A keen choral singer, she has sung with the Irish Youth Choir, UCC Choir and Choral Society, London Symphony Chorus, and the University of Leeds Chorus, as well as with a number of chamber choirs in Ireland and UK, most recently Cork Chamber Choir.