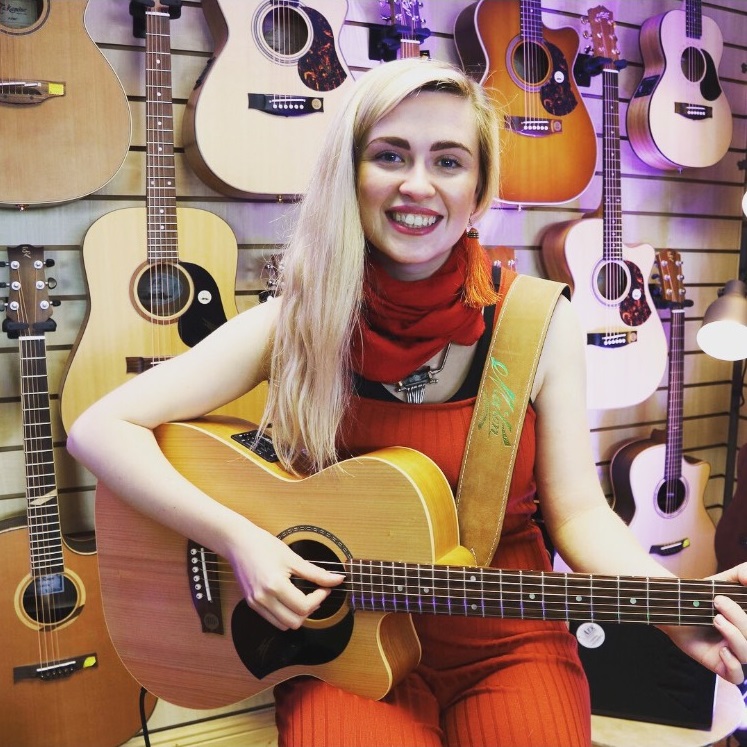 Sara is a vocalist, songwriter and performer who began releasing her own original music in 2016. Her debut single “Belle” received ‘Best New Single’ and ‘Best Newcomer’ awards from Dublin City FM. Sara was also awarded ‘New Folk Artist of the Year 2017’ by the Irish Folk Music Awards, and performed alongside artists such as Johnny McEvoy and Damian Dempsey at the awards ceremony. Sara has also shared the stage with Mick Flannery, Luka Bloom, Jack Lukeman, Wally Page, and Wyvern Lingo.

Sara released her Debut EP “Glitter Skies” in March 2018. She garnered positive reviews from critics and audiences alike, and has received radio airplay throughout Ireland, Europe and the USA. Sara regularly tours across Ireland to promote her music and her career. In January 2019, she recorded her Debut Album ‘Breathe’, which is due to be released in September 2019. To promote the album, Sara will embark on her first National Headline Tour throughout Ireland, Switzerland and Germany. The first single from the album, “Lost”, will be released in February 2019.

Sara is a vocal coach, song writing tutor and guitar teacher at The Academy of Popular Music and Youngstars Music School. She is extremely passionate about teaching and her aim is to creatively inspire her students and promote self-confidence. Sara is fascinated by the human voice and is an avid researcher of new vocal methodology, vocal pedagogy and voice science. Her current studies in the MA programme at the CIT Cork School of Music allow her to explore this research even further.

Sara would like to thank the CIT Faculty of Business and Humanities and all staff at the CIT Cork School of Music for their expert tuition and guidance over the past four years.

Jennifer is in her first year of the MA in Performance at the CIT Cork School of Music, where she is studying flute with teacher, Sabine Ducrot. She recently completed the BMus degree at CIT Cork School of Music and also an Associate of Trinity College London and Licentiate of Trinity College London Performance Diploma. Jennifer also studied concert harp with Claire O’ Donnell. 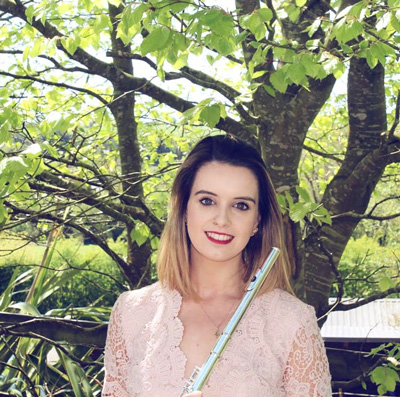 “I entered the Bachelor of Music degree at CIT Cork School of Music in 2014 and studied a range of subjects, with a focus on Class Teaching and Instrumental Teaching. During my time in the degree, I felt that I received a thorough and solid foundation in all aspects of music - not just relating to my instrument, but also in terms of musicianship, music education and more.

The high standard of my peers at CSM played a significant role in my own development as a musician and I found it especially inspiring to see other CSM students perform in the frequent competitions, recitals and masterclasses held here. There were many performance opportunities for students and, on completion of my BMus degree, I had performed with the Cork School of Music Symphony Orchestra, the Cork Concert Orchestra, the Cork School of Music Wind Ensemble, the Defence Forces Massed Bands and more.  Performance classes, informal concerts and formal recitals are arranged for students by teachers and coach -accompanists. In the final semester of my BMus, I played for a classmate’s Chamber Recital for flute and piano and, through these performance opportunities, I began to discover an equal passion for performance as well as teaching. Therefore, on completion of the BMus, I applied to undertake the Masters in Performance at CSM.”

Since graduating from the BMus degree, Jennifer has been employed as an instrumental music teacher in Cork; as a primary school musicianship teacher; as wedding harpist at the Imperial Hotel; and harpist at St Joseph’s Church SMA. She also plays harp for wedding ceremonies and receptions throughout Ireland under the name To Harp & To Hold.

Jennifer would like to thank the CIT Faculty of Business and Humanities and all staff at the CIT Cork School of Music for their expert tuition and guidance over the past four years.

Gary is currently in the first year of the MA in Performance at the CIT Cork School of Music, where he is now studying with Dr. Gabriela Mayer. Gary began his piano studies at the age of 6 in the CIT CSM with Susan Čáp and continued his studies for many years with his mentor Jan Čáp, until the end of his undergraduate degree.Gary graduated with 1st Class Honours as ‘Highest Placed Student’ and ‘Student of the Year’ from the Bachelor of Music Degree at the CIT Cork School of Music in June 2016.

Winning the Irish Freemason’s Young Musician of the Year Competition in October 2014 is one of Gary’s most prominent achievements to date, along with being selected to represent Ireland in the Dublin International Piano Competition in May 2015 following his success in the Irish Preliminary Round in December 2014. In August 2015, Gary had his solo debut with the RTE Concert Orchestra in the National Concert Hall.

Gary has been an annual prizewinner of national competitions from a young age. In February 2015, Gary was awarded the most prestigious award in Feis Maitiu Cork, the Capuchin Order Perpetual Cup and Bursary. In Feis Ceoil Dublin in March 2014, Gary won the Mabel Swainson Senior Pianoforte Award, and was invited to perform in the National Concert Hall at the 2014 Feis Ceoil Gala Concert. As part of this distinguished award, he was awarded two solo recitals, in the John Field Room NCH and at the Clandeboye Estate Belfast, as part of the Clandeboye Festival directed by Barry Douglas. Both recitals were well received; “Beecher’s marshaling of the huge sonorities demanded by the piece [Liszt’s Dante sonata] bespoke a maturity of both technique and interpretive outlook rare in a 21-year-old player” (Belfast Telegraph)