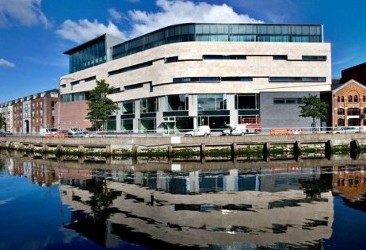 Tomás McCarthy MA, B.Mus, DipCSM, Cert ESA is a Lecturer (viola) & Conductor at the CIT Cork School of Music. He studied his principal instrument, viola, with John Vallery, having started on the violin with Renée Lane, Florence Pedder and Michael McNamara. He studied the trombone with Billy McCarthy and piano with Florence Good. Tomás began conducting in 1981 and has since specialised in conducting young instrumentalists in the CIT School of Music, Cork Youth Orchestra and at orchestral courses in Ireland and Scotland. He has conducted the Cork Symphony Orchestra. As a violist he has played with R.T.E. Orchestras and is a founder member of the CSMSO and Cork Chamber Orchestra. Tomás is a former member of CYO, Irelands oldest youth orchestra, and first conducted the CYO in Siamsa Tíre, Tralee in 1985. He has conducted many other concerts since then, including memorable 30th, 40th and 50th anniversary concerts in City Hall and numerous concerts in the NCH Dublin. Tomás has been the Conductor/Musical Director of CYO since 1998. He conducted CYO on two live R.T.E. Radio live Christmas broadcasts and has toured with the orchestra to Italy (four tours) representing Ireland at the International Festival of Youth Orchestras along with concert tours of the the Czech Republic and Scotland.

Tomás has developed the youth orchestra’s musical outreach programme for up to 95 other musicians through a community involvement facilitating the exposure of school children within and outside mainstream music education to a musical experience they would otherwise not enjoy. Many of these children are being taught by graduates of CITCSM.