Continued success for the Presto Quartet

The Presto Quartet was formed in 2012 in the CIT Cork School of Music and is made up of transition year students Kate Fleming, Laura Healy, Stephen Kelleher and Alina Mayer Whitla. The quartet had the privilege of being coached by Adrian Petcu until 2015, by Christopher Marwood for the following year and by Cian Ó Dúill since September 2016.

The Presto Quartet performed in the Feis Ceoil Gala Concert in the National Concert Hall in September 2016 and in the Triskel Arts Centre as part of the National Quartet Foundation CSM Chamber Music Showcase in November 2016.

Following a recommendation from the Carducci Quartet, who coached them as part of ConCorda 2016, they were accepted to the Wigmore Learning National Young String Quartet Weekend 2017 at Chetham's School in Manchester in February 2017. 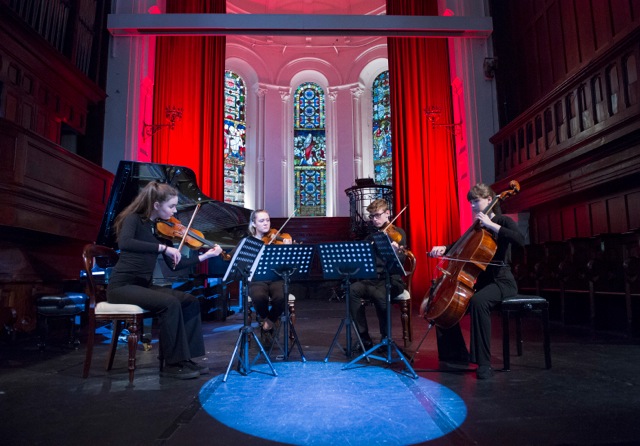