Yamaha, one of the world‘s largest manufacturers of musical instruments, established the Yamaha Music Foundation (YMF) in Tokyo in 1966. The purpose of this foundation is to stimulate interest in the playing and enjoyment of music amongst people from all over the world. Since 1990, the YMF has awarded scholarships each year to young musicians who are selected according to their current musical ability and their demonstrated future potential. The Scholarship covers one year and the money may be used for any purpose related to the advancement of studies.

Two of the three finalists this year, who were selected by an independent panel in the UK, are currently students of the CIT Cork School of Music. Both Ellen Jansson and Jordan Bagot performed beautifully and represented the institution with great honour.

The coveted title of first place was awarded to Jordan Bagot. Jordan completed his studies as the highest-placed final year student of the Bachelor of Music programme, studying the piano with Mary Beattie and Dr Gabriela Mayer. He is currently undertaking the M.A. in Performance in the CSM, after which he intends to study abroad. 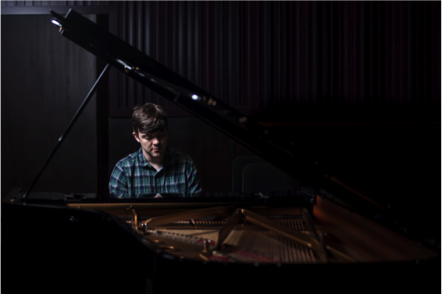